Narcissistic personalities: should they be kept in line or promoted?

People with narcissistic personalities often offend those around them and can end up disrupting the workplace. They can also be tremendous assets by fostering necessary organizational shifts. Either way, the question remains: how do you deal with these people, especially now, when the generations who are moving up the corporate ladder display more narcissistic traits than previous generations?

Narcissistic personalities have always been around: Napoleon Bonaparte, Franklin Delano Roosevelt, Winston Churchill and even Mahatma Ghandi were said to have narcissistic personalities. In the early 20th century, this label was also ascribed to such illustrious people as Andrew Carnegie, John D. Rockefeller, Thomas Edison and Henry Ford, yet there is no denying that these forces of nature revolutionized their fields. 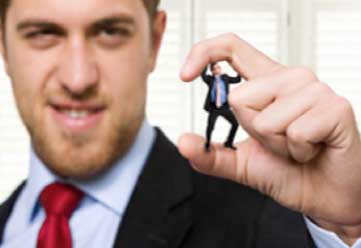 And I’m sure we could all rattle off the names of narcissists from our own time, but we’ll keep those to ourselves to spare their delicate feelings!

According to Sébastien Bouchard, a clinical psychologist and researcher at TELUQ, 1-6% of the population fit the DSM IV criteria for narcissist personality disorder.

How to recognize them

A pervasive pattern of grandiosity expressed in different situations (in fantasy or behaviour), need for admiration, and lack of empathy, often with an onset in early adulthood, indicated by at least 5 of the following symptoms:

Based on the above criteria, can you identify narcissistic personalities at your workplace?

If you’re curious about yourself, you can take an online test to determine your level of narcissism. Just be sure to read the warning first!

Since narcissistic personalities are impervious to standard development approaches such as training or mentorship, coaching may be the only method that can work around their idiosyncrasies. But the question remains:

Can you develop the leadership skills and humanity of narcissists through coaching?

To begin, let’s look at a few of their limitations: 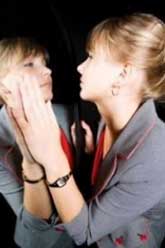 Things to consider before coaching a narcissistic person:

If they hold an executive position:

If they do not hold an executive position:

Is Generation Y, also dubbed the “Me” or “Selfie” generation, narcissistic?

In the March 11, 2013 issue of l’Actualité magazine, Noémi Mercier wrote an article about the high levels of narcissism found in Generation Y:

To paraphrase Keith Campbell, Director of the University of Georgia’s Department of Psychology in Athens and co-author of “The Narcissism Epidemic: Living in the Age of Entitlement”, these young people are the rightful heirs of an individualistic society that has now reached epidemic proportions. Campbell also asserts that narcissism is fostered when people present a more grandiose image of themselves than is borne out by reality.

However on the plus side, people from Generation Y are creative, informed, open, tech-savvy, connected, and social media titans. They also have a keen sense of their personal rights and feel at ease questioning authority.

Generation Y workers are now waiting in the wings, about to take over leadership positions. The oldest among them (over 30) want or demand support with their professional development and fully invest in the process, while the youngest among them (under 30) are very demanding in this regard, often preferring fast, laser-focused and entertaining approaches. While we can hardly reproach them for their lack of perspective or for underestimating their need for development, their level of professional maturity should certainly be considered beforehand. As mentioned, narcissistic personalities generally begin forming in early adulthood. Not all Generation Y workers are narcissistic but they are more inclined to put their own needs ahead of those of their organization.

Since today’s organizations need talented people from every generation, the challenge is therefore separating people with big egos from true narcissists and then coming up with approaches that will foster their development.

Note to recruiters: True narcissistic personalities should really be identified before they are hired, but they often slip through the cracks because they know how to “shine”. These often charismatic people will have no trouble navigating through high-pressure situations to achieve their aims. And since so many of them are charming, articulate or even eloquent when they have to be, they will make a great first impression! They show such self-confidence, a quality so often lacking in others, that they will often convince others to not only trust or choose them, but to follow them! To avoid these pitfalls, a talent-based evaluation administered by a specialized psychologist can be a very helpful tool.

As you can see, while investing in a coaching process with narcissistic people may be tricky, it is often necessary, especially with business leaders or potential successors who are very qualified but need to develop their human side. However, the gamble may be riskier with narcissists who don’t have major responsibilities or who haven’t hit the wall yet!

Remember that narcissists can also be:

So do they need to be demystified, kept in line or influenced?

Demystified? Without a doubt.

Kept in line? In some cases, yes! Organizations should ideally identify people with narcissistic personalities from the start. If they then wish to assume the risk of supporting them, they should initially keep them in line and give them respectful feedback along with a clear set of expectations as to what improvements will be required of them.

Influenced? Absolutely! And the best way to do so is through interventions that will lead them to arrive at much-needed realizations themselves.

If your organization is thinking of using a coach to develop the skills of someone with a narcissistic personality, the challenge for the coach will be to use finesse and perseverance to affect and influence the candidate, but only if specific conditions for success are present.

For further information or for reading material on this subject, feel free to contact the author, who is also available for conferences.